A Prisoner Of Birth by Jeffery Archer 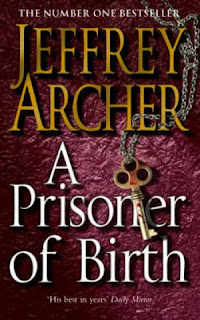 One of Archer's best books. Very well written and compelling. I couldn't even put it down if I tried. The main character Danny is very relatable and easily to love, without even trying you find yourself rooting for him.

Danny is wrongly accused of murdering his fiance's brother and is sentenced to jail for a very long time. The tale shows us how he got out of prison early and proved his innocence with the help of his friend Sir Nicholas and Big Al. Danny also learns to read and write and escape being a prisoner of birth and in turn flourishes into a very dignified and well mannered  man.

He also plot a very satisfying revenge scheme to those who put him in prison.

Keywords - Reviews, Jeffery Archer, A Prisoner of Birth
Posted by Ellabella at 13:47 1 comment: 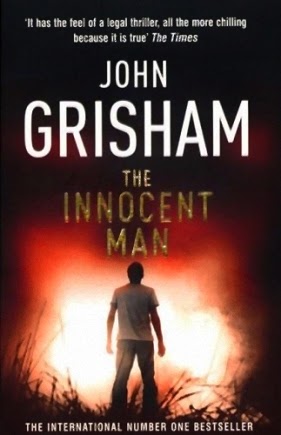 The story is centered around Ron Williamson, a character who is wrongly convicted for a murder he did not commit and  put on the death row. Careful to note this story is non fiction. Thus it does not move with the fast pace of a non fiction novel.

The story narrates how Ron a promising young lad in the beginning of his life ends up the prime suspect for the murder of Debbie Carter. The murder itself is grotesque as she is raped and choked to death.

The main reason Ron is a prime suspect is because he is mentally ill, the Ada police find it easy to pin the murder on him and his friend Fritz without sufficient evidence, including lying witnesses and misleading junk science.

The story shows how much Ron suffered through his life. It takes several years before his lawyers manage to get him a fair trial. Which during his time he suffers dreadfully due to his schizophrenia and bi-polar personality.

A well written book by the author, but a terrible story to read, not one for the light hearted as it shows the serious flaws in the justice system, which the wrongly convicted suffer terribly from it.